The location of the exhaust tailpipes was the biggest challenge on this project. The apparatus is a Walters Crash Rescue Truck. This particular apparatus has two 3.5” tailpipes that terminate 7’-5” AFF and directly out of the rear of the apparatus. They wanted an automatic system that enabled them the flexibility of connecting to the system without climbing on top of the vehicle. The exhaust system also needed to retract up and out of the way so the vehicle behind the Walters apparatus could exit the bay and drive underneath the exhaust system. The solution was to install a modified double track system that would enable the hose to be stored above the Walters Apparatus. The double track was mounted at 16’-17’ AFF, which enabled us to get the hose up and out of the way. We also modified the lower two foot section by installing a “wye” assembly and connected two 4” x 2’ sections of exhaust hose to the end of the “wye” assembly with two 4” pneumatic nozzles. The lower two foot section is also comprised of a “T” handle with a grip on the end for easy attachment. The “T” handle was configured to slide both pneumatic nozzles onto the tailpipes simultaneously. The Manual Fill Valve was also relocated to the end of the “T” handle for ease of use. When the system releases from the apparatus the balancer lifts the complete hose assembly up to the double track. When the vehicle comes back into the station, the operator uses a pole to reach up and grab the “T” handle to lower the assembly to the operator. The operator then grabs the “T” handle and puts the pneumatic grabbers onto the two 3.5” tailpipes. The apparatus did not need any tailpipe adapters, since the tailpipes terminated straight out of the end of the apparatus.

Other than having a system installed at 16-17’ AFF, there are no disadvantages to this design. The system is now over three years old and is working as designed. Other than regular system PM checks, there hasn’t been any service related issues or concerns. 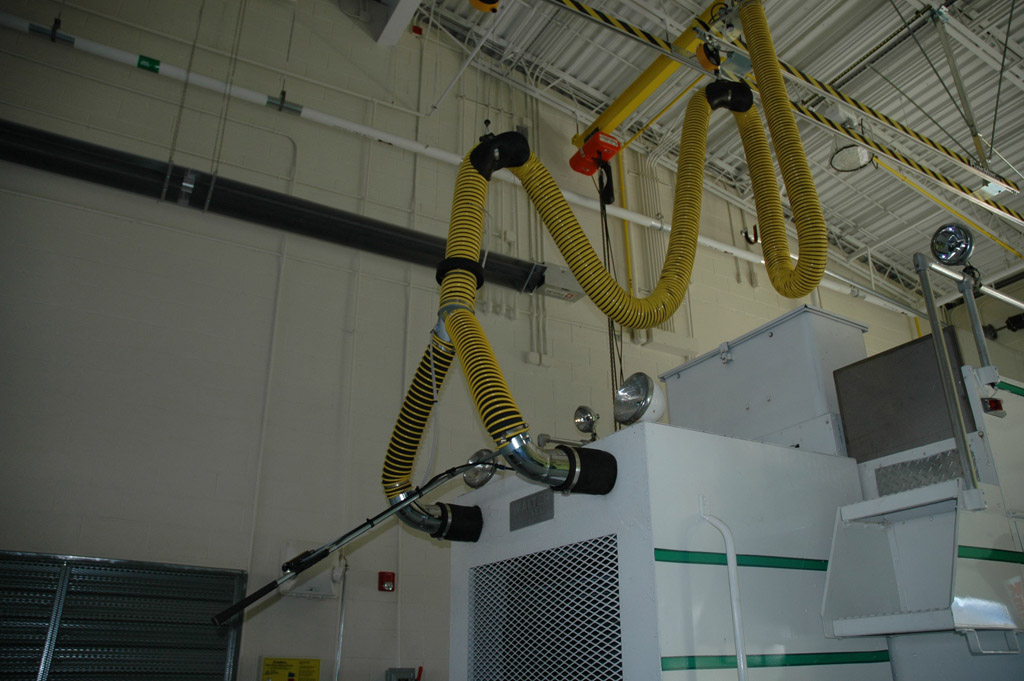 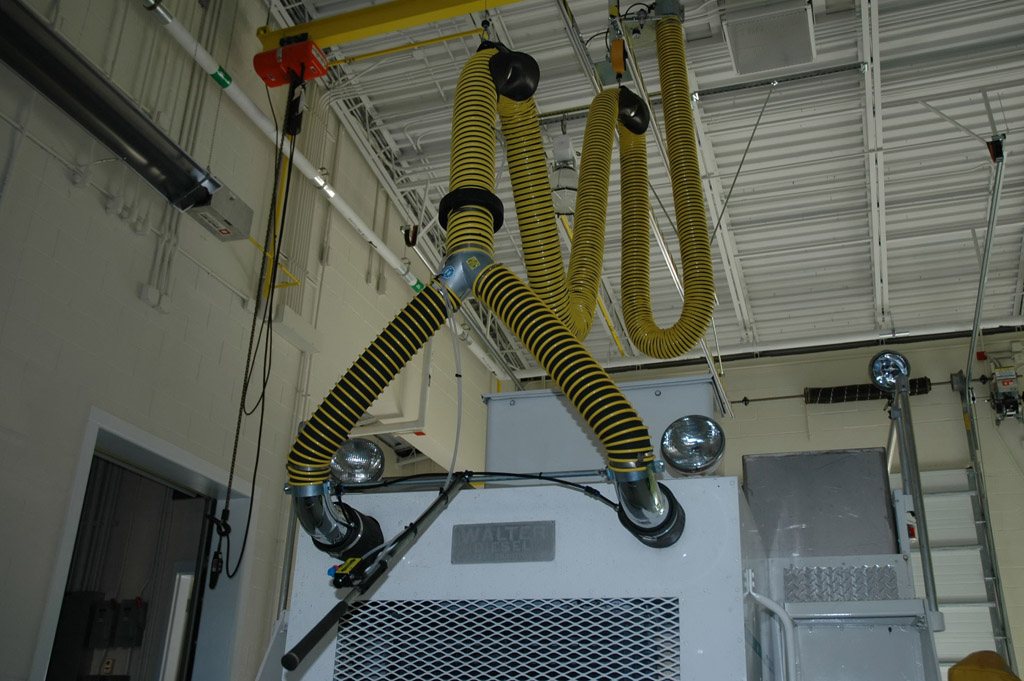 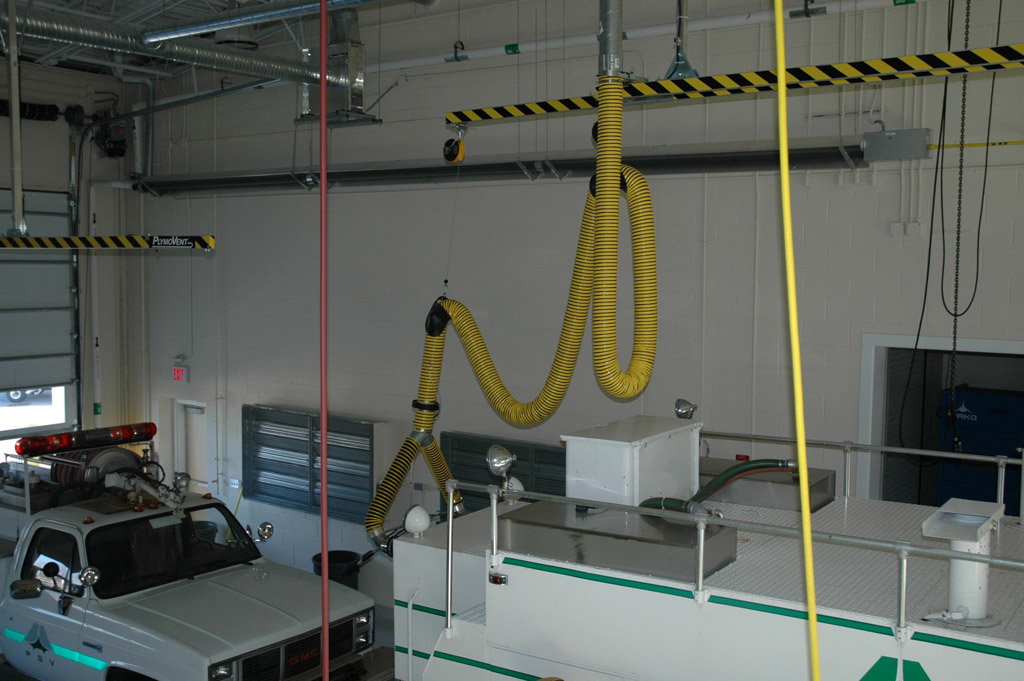 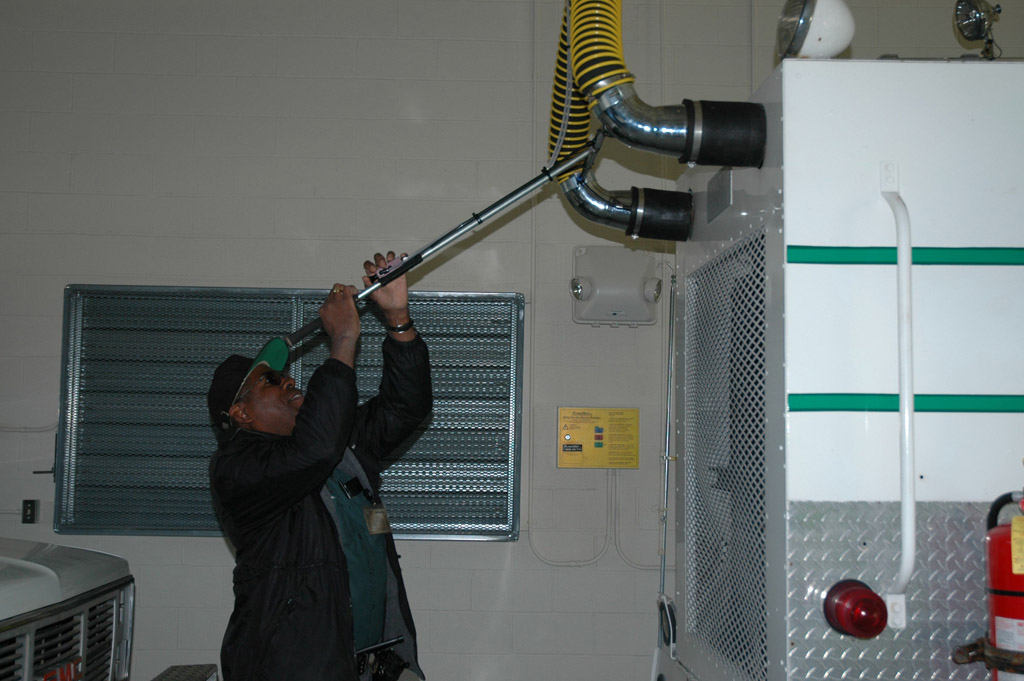